What they've been writing about our show!!

"She spontaneously works the crowd," says Doug Mackey of Tacoma. "Every show is different." Mackey and his wife Lynn have seen the show twice. "I am amazed by her ability to make the audience so comfortable and how involved some of them get," Mackey says. "She even had an 80-year-old man dancing on stage!" ~ May 2009 - Renton MagazineMay 2009 Renton Magazine (Click on the picture to make it larger so you can read the full article below) 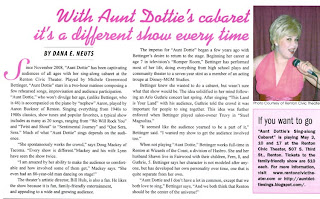 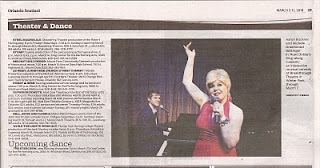