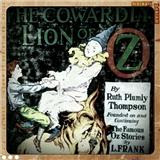 Growing up on the road; we had little rituals. One of them was gathering around to watch “The Wizard of Oz” when it played on television. We’d all huddle around that tiny, scratchy screen and watch that quartet of amazing characters on their quest to get Dorothy back home. The Cowardly Lion was my favorite. He was so scared but SO brave! He faced his fears and did the scary thing he needed to do. He confronted that Wicked Witch and accomplished his goal. In doing so, he found out that he really wasn’t so cowardly after all!


What scares you? What fear is holding you back from achieving your goal? A lot of times it is just our MIND holding us back! Funny, right?

We believe we cannot do something and then make it so! What is scaring you today –right now? I tell you, it was terrifying to start doing our show. I’d always worked for cruise lines and companies that hired me. I did what they told me and sang the songs THEY liked. When I married Leonard and moved to Renton I knew I wanted to keep performing because I love people and the community of music.
In fact, I will confess, before our first show I was sobbing to Nephew Aaron that striking out on this venture was the stupidest idea I’d ever had. I was terrified that it was the most ridiculous thing I’d ever done and that no one would like our music; that no one would come at all. But look how it turned out! We’re going strong nearly 3 years later and singing the songs we like and spreading peace, love and rock n’ roll which has always been our goal. I’ve learned: if something scares me; it will feel exhilarating if I just DO it -no matter how it turns out! Now I’m in a space where I am actually MORE frightened of missing out on something, which helps me push through any fear!